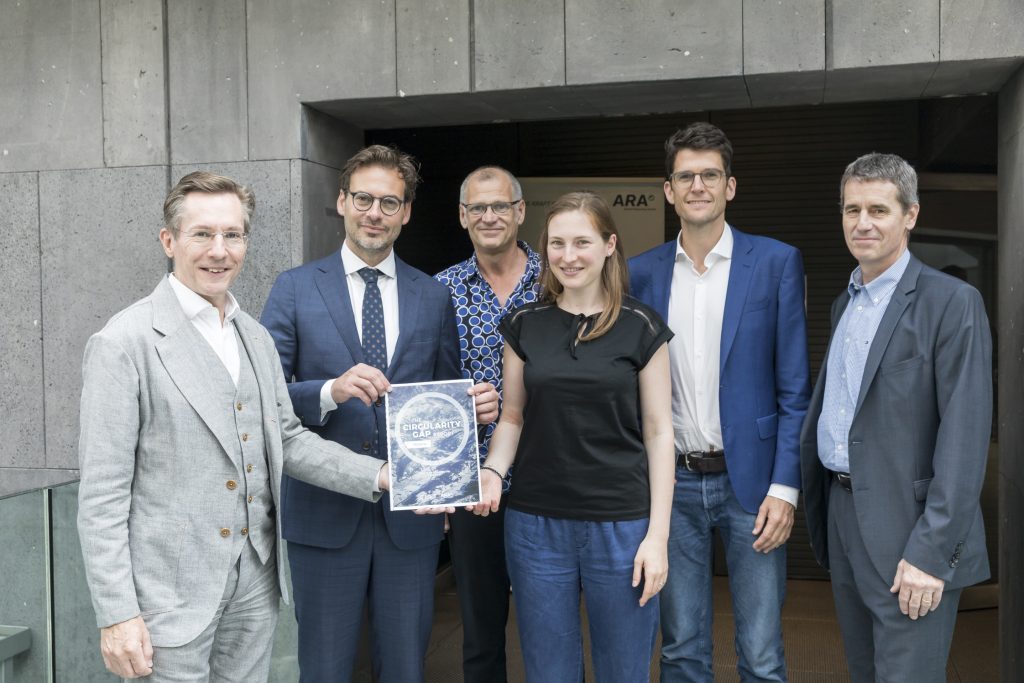 On 19 June 2019, Altstoff Recycling Austria (ARA) and Circle Economy released the Circularity Gap Report Austria, the first measure of circularity for a nation state. Experts and peer reviewers included CEC4Europe, the Austrian Federal Ministry of Sustainability and Tourism, the Federal Environment Agency, the Federation of Austrian Industries, the Austrian Chamber of Commerce, TU Vienna, the INZIN Institute and the City of Vienna. This landmark report paves the way for nations to lead the transition from a linear economy of Take-Make-Waste to a circular economy.

The analysis, commissioned by ARA, found a circularity rate for Austria of 9.7%, ahead of the figure of 9.1% in Circle Economy’s Global Circularity Gap report published in January 2019. The Austria report will enable political and business leaders to identify and monitor the best interventions to boost the circularity rate, the proportion of materials that are recycled, re-used and re-manufactured in the Austrian economy.

The reason for the relatively low circularity rate is Austria’s dependence on fossil fuels that per se are lost for recycling after incineration. In addition, Austria is a growing national economy with an increasing anthropogenic stock in consumer goods, long-living products, buildings and infrastructure, all of which are still in use and will only be available as resources for recycling in years or decades to come. Another reason is Austria’s strong economic ties with 55 % of the footprint being generated outside of Austria and can therefore hardly be influenced.

The report estimates the improvements to be gained from four courses of action:

Combined, these four actions could boost Austria’s circularity rate to an estimated 37.4%.

From global to national scans

Nation states can play a pivotal role in the global transition to a circular economy. Setting comprehensive national policies can drive global action, setting a benchmark for collaboration at multilateral level. The Paris Climate Agreement of 2015 is testimony to the influence of national governments in setting an agenda for the United Nations.

Austria ranks as one of the global frontrunners in recycling. After four decades of policy interventions, 58% of all municipal waste is recycled. The Circularity Gap Report Austria goes far beyond consumer products and municipal solid waste and identifies opportunities to radically reduce inputs of primary materials, including waste and emissions. This study also demonstrates Austria’s determination to unlock new business opportunities as a frontrunner in the circular economy.

The Circularity Gap Report Austria is the first of its kind. Its outcomes therefore have relevance beyond providing an agenda for Austria. As a contribution to the discourse on the measurement of circularity at national level, the report sets a precedent for other nations to steer effective collaboration in the realisation of a circular economy.